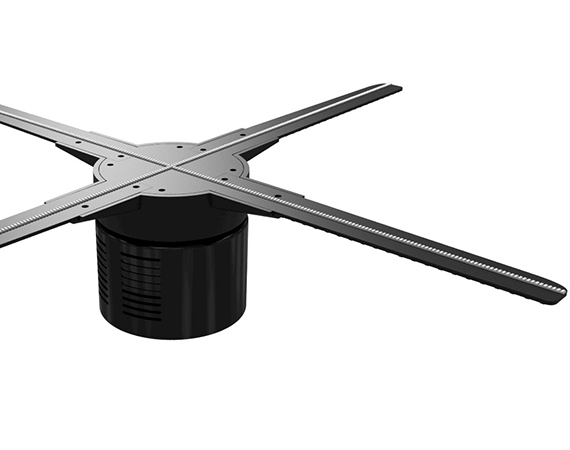 The detailed introduction of the product will be followed up and shared with you. Here are some special requirements for the contents of the files played by the led holographic products to communicate with you and explain. By the way, I also provide you with a few simple template files for reference.

Led holographic screen, whether it is civilian-grade or commercial-grade, first of all, they belong to the big category of led display application products, so any ordinary conventional led screen can play normal pictures and video files, it can also play normally. of. I believe that you don't have to elaborate too much, everyone knows.

However, if the LED holographic screen is to fully reflect its product features and exhibit the holographic naked eye 3D floating visual effect, ordinary video files are impossible to achieve. It is necessary to have a source file that meets the requirements.
In fact, the requirements for the source are also very simple, as long as you can meet one point: play content as much as possible with pure black background video material content, not a real 3D source. Let’s take a look at some of the simple material below to make it easy to understand.

Zero cost of the structure
The fan screen is installed in a flexible manner, requires no structure, and ships with pendants without additional overhead.

Brightness up to 1600CD
The average indoor LED display has a maximum brightness of 1200CD, while the fan screen reaches 1600CD, which is farther away.

Network transmission does not require signal boards and boxes
With WIFI, you can directly transfer files to the network. Unlike LED displays, you need to add receiving cards, sending cards, signal boards, and boxes to transmit signals and network.

The single unit only 0.85KG
The same is 50cm, the fan screen single unit weighs only 0.85kg, and the single die-cast aluminum box weighs 7.5kg.

Welcome to contact us for the price of LED holographic screen. Thanks!